Competitive Power Ventures’ (CPV) natural-gas power plant has commenced operation in Charles County, MD. Mascott Equipment worked with the construction and engineering firm SNC Lavalin to provide fiberglass piping throughout the plant. While Ershigs fabricated customer FRP pipe spools 3-60” in diameter and galvanized support for the cooling water. National Oilwell Varco’s Fiberglass Systems Green Thread piping was used for drainage piping in 3-8” diameter. Above all, the project reached completion ahead of schedule and within budget.

Named as CPV St. Charles Energy Center, the power plant built with a cost of $775m has started generating electricity after 30 months of construction and over three months of testing. However, the project construction, which began in December 2014, was completed ahead of schedule and in the budget.

Similarly, the combined-cycle natural gas-fired plant features two gas turbines in the 7F.05 line. With a steam turbine in the D402 line, all manufactured by GE.

Operated by EthosEnergy Power Plant Services, the plant will sell its capacity, energy, and ancillary services to address the transmission constraints in SWMAAC zone in the Pennsylvania, Jersey, Maryland (PJM) market.

In addition to, the previous benefits, the new power plant generates electricity that can power up to 700,000 homes.

Marubeni Overseas Power Project Dept.-III general manager Hiromichi Mizuno said: “Marubeni is proud to help Maryland shift to a greener mix of power resources. As a result, we expect the St. Charles project to provide ongoing benefits to the community in the form of jobs, economic activity, and grid reliability.”

According to CPV, the project is among the top cost-competitive power projects in the PJM region owing to the site’s proximity to the Dominion Cove Point natural gas pipeline and PEPCO 230 kV transmission lines. Apart from that it also benefits from a reliable supply of water for wet cooling. 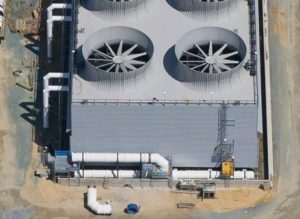 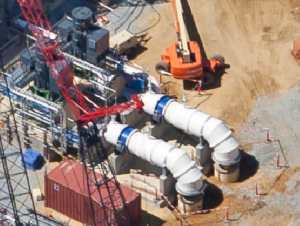